As the end of the year approaches, good leaders will take time to reflect on what they and their teams accomplished, where they felt short and their key learning’s from the year. Inevitably, there will be several projects or initiatives that simply didn’t go anywhere. Sometimes, the lack of progress is due to a lack of resources—time, attention, people, budget. Sometimes it’s due to changing circumstances in the market, competitive landscape or the factors driving customer value. And sometimes, it’s due to the Decision Triangle. 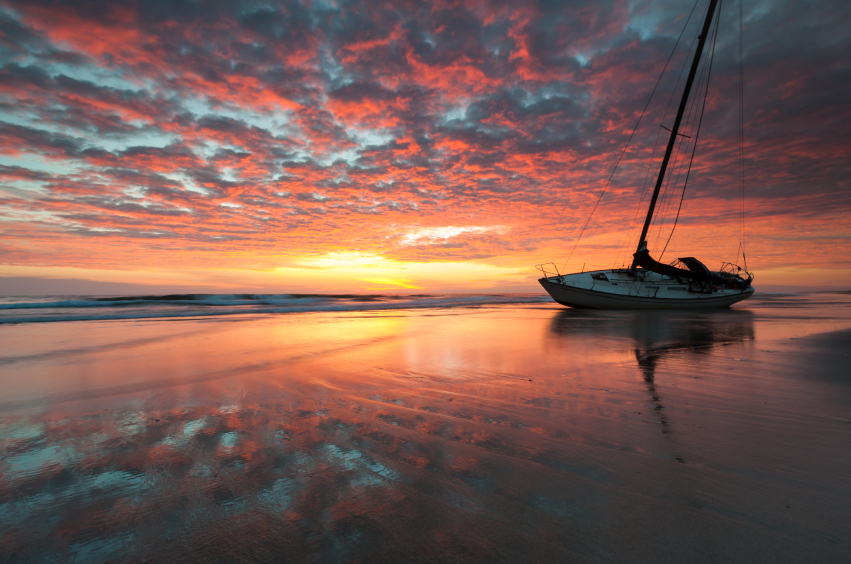 I use the phrase Decision Triangle because some projects and initiatives seem to mysteriously get lost like ships and planes have reportedly disappeared in the Bermuda Triangle. Think about your organization. How many projects in the past year have seemingly lost all momentum and are no longer on the horizon for attainment? There are a handful of effective techniques for avoiding the Decision Triangle in the future. Here are two effective techniques:

Lead at Your Level. A phenomenon I see quite often when I coach leaders who are transitioning from one level to the next (e.g., director to vice president, vice president to c-suite) is the inability to let go of the issues from their previous level. The leader was in all likelihood promoted because they were able to successfully address issues and proactively grow the business. However, each level the leader moves up means that they oversee exponentially more issues from their new level and the ones below. Stopping to personally handle all of these issues at all of these levels is a common mistake. The issues, challenges and problems at your previous level are now the responsibility of your direct report. Letting them handle the issue with the appropriate amount of guidance when necessary is how they develop their leadership capabilities.

Get On With It. One of the “aha” moments when I help groups customize a strategy development process to their business is their realization that decision rights must be agreed upon up front. How often have you had a series of the same conversations over several months about a project until you feel like Bill Murray’s character in the film “Groundhog Day,” where he keeps repeating the same day over and over again? As a strategy facilitator, I understand the importance of including the input of different functional groups and different levels of managers to ensure that you’re channeling all possible insights into an actionable strategic plan. However, to optimize your time together, I recommend following these three steps to avoid becoming lost in the Decision Triangle:

2. Discussion: A narrowing of the topic into potential solutions. Too often, people jump to this step without exploring new ways to address the issue and miss opportunities for innovation.

3. Decision: Selecting an option to move the initiative forward and outlining action steps. Too often, clear decision rights have not been identified up front. Instead of someone stepping up and making a clear decision, the group attempts to come to complete agreement or a watered-down version of the right thing to do emerges. 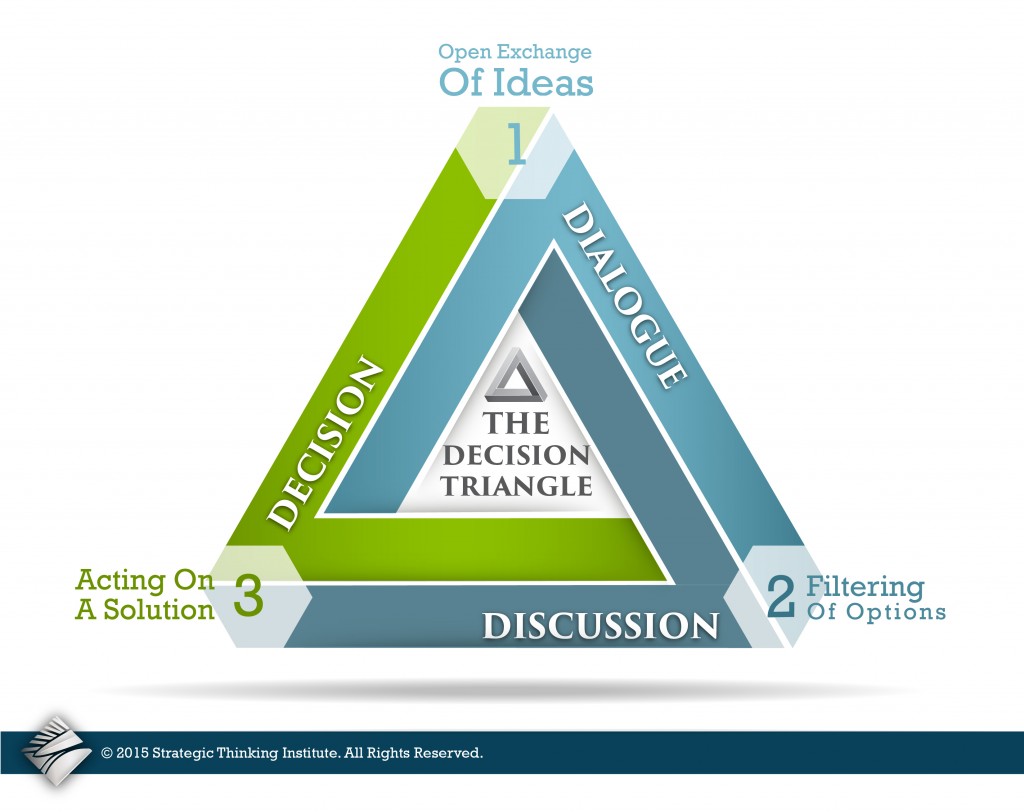 The word decision comes from the Latin decidere, which means “to cut off.” When you make a decision, you should be cutting something off from your time, talent, and budget in one area to reinvest it in another area with greater potential. As leaders climb to greater levels of responsibility, there’s a tendency to take fewer risks, not cut things off and try to play all angles as a means to protect their position. These symptoms manifest themselves in a leader’s unwillingness to make trade-offs, to make the tough decisions. If the decision is yours, then make it. Lead at your level and get on with it.