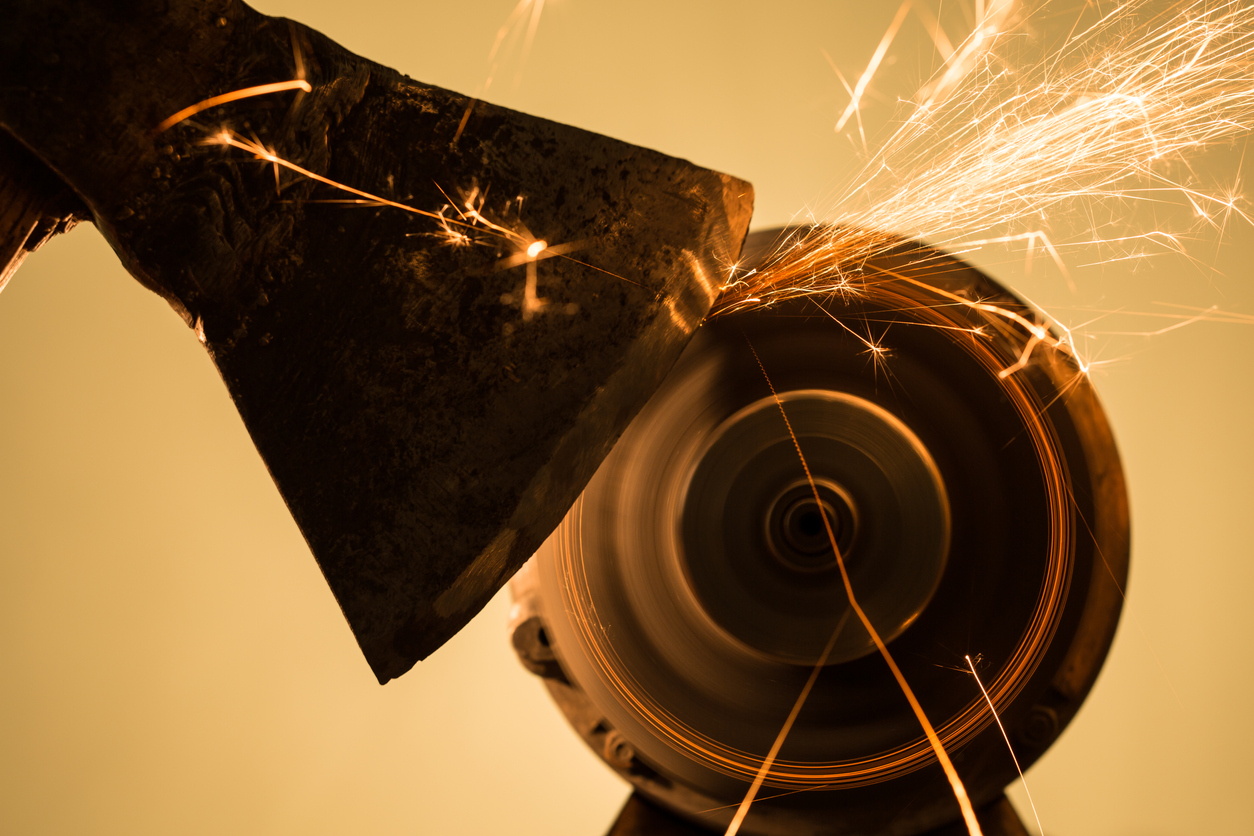 “My opponent did not understand preparation. He had little idea of the weeks, sometimes months that I spend in lonely isolation preparing my case. What he saw, without knowing it, was a lawyer who had been freed by acquiring a fund of eloquently prepared facts.”   Gerry Spence, Trial Lawyer who has never lost a criminal case

When we see the greatest performers in any domain, whether it be art, business, engineering, law, medicine, music, sports, or teaching, what we’re seeing is the product of preparation. It’s easy to watch Serena Williams hit a forehand, or marvel at Santiago Calatrava’s architectural and engineering creations and think how lucky they are to be so talented. It’s also wrong. As former NBA All-Star and sharpshooter Ray Allen said, “When people say God blessed me with a beautiful jump shot, it really pisses me off. I tell those people, ‘Don’t undermine the work I’ve put in every day.’ Not some days. Every day. Ask anyone who has been on a team with me who shoots the most. The answer is me.”

Amazon founder Jeff Bezos popularized the practice of banning PowerPoint presentations from meetings in favor of six-page memos. He believes that the time required to prepare a cogent description of a new product, service, or other topic of importance is a valuable step in helping the team clarify their thinking. He says, “Often, when a memo isn’t great, it’s not the writer’s inability to recognize the high standard, but instead a wrong expectation on scope: they mistakenly believe a high-standards, six-page memo can be written in one or two days or even a few hours, when really it might take a week or more!”

Would you describe yourself as unbeatable at your work?

Your level of performance and results are directly proportional to your level of preparation. Want better results? Increase your preparation. Where does your years of experience factor in? It doesn’t. It’s common in society to equate experience with excellence. However, studies show that experience alone doesn’t mean much. Research on several types of medical doctors revealed that mammographers actually become less accurate in their diagnoses as their experience increases. Neurosurgeons who have been operating for 15 years are typically no more skilled than their peers who have been operating for just a few years unless they have increased their preparation through deliberate practice of the primary skills of the procedures.

The Three Principles of Preparation

Here are three principles of preparation to help guide your efforts at dramatically increasing your performance and results:

Three areas that warrant closer consideration on your level of preparation are the day ahead, meetings, and strategy sessions. When you arrive at your desk in the morning, do you have a plan for the day? Have you allocated chunks of time to your most important priorities? Or are you operating like a bumper car at the supermarket parking lot carnival, bouncing from one thing to the next with no rhyme or reason? Don’t be a carny…be strategic.

An effective technique for preparing for your day is to do so the afternoon before. Finish your day by identifying the priorities and activities for the following day so your mornings don’t begin with a mindless scrolling of emails. Get something important done early.

Here’s an interesting exercise: review your calendar from last week and total up the number of hours you spent in meetings. Then consider how many hours you spent preparing for those meetings. The most effective leaders use a 2:1 ratio—two hours of preparation for every one hour of meeting time. I know what some folks are thinking: are you out of your mind? I don’t have two hours to prepare for each one hour of meeting time! If you don’t have that 2:1 ratio available, then I’d suggest one of two potential causes:

1) You’re wasting your time attending too many unimportant meetings.

2) Some of these meetings shouldn’t even be meetings—look for other formats to communicate the information.

Strategy sessions shouldn’t resemble an impromptu group psychotherapy session where conversations ramble down rabbit holes and you don’t address the competitively relevant competencies, capabilities, and activities that drive your competitive advantage. Any strategy session should be preceded by thoughtful pre-work in the form of a Strategy Survey that acts as a catalyst to help people wrestle with business-defining questions that form the foundation of the workshop. A good strategist understands that framing the session with key questions is the source of highly productive strategy conversations.

A helpful exercise is to create a preparation chart with the following column headers: Topic/Activity, Goal, Objective, Strategy, and Tactics. The GOST framework I’ve developed to help leaders set strategic direction with plans for their business is equally applicable in the context of preparation. As it relates to your area of preparation, the goal is generally what you want to achieve, the objective is specifically what you want to achieve, the strategy is how generally you’ll achieve your goal, and the tactics are how specifically you’ll achieve your goal. A good place to start may be your professional development plan and determining the GOST framework for your preparation of enhancing your competencies and capabilities.

Prevention. The primary reason we prepare for anything is to increase our probability of success and reduce our chance of failure. But wait! Isn’t one of today’s most popular mantras “Fail Fast”? Why would we want to prevent failure when a lot of people are advocating for it? Because “failing fast” as a consistent route to success is a myth. Professor Bradley Staats provides insight on failure in the medical field: “Our analysis of ten years’ worth of data across seventy surgeons revealed not only that on average, they learned more from others’ failure than from their own, but also that an individual’s own failure led to worse future performance.”

Here’s what some of the most successful leaders in recent business say about the importance of preparation as a means of preventing failure:

“I think failure is massively overrated. Most businesses fail for more than one reason. So, when a business fails, you often don’t learn anything at all because the failure was overdetermined. I think people actually do not learn very much from failure.” Peter Thiel, self-made billionaire

“My goal is not to fail fast. My goal is to succeed over the long run. They are not the same thing.” Marc Andreesen, co-founder of Netscape and partner in venture capital firm Andreesen Horowitz.

“What is the worst advice you see or hear given in your trade? ‘Fail fast!’” Jack Dorsey, self-made billionaire, and CEO of Twitter and Square.

Pull back the curtain on the greatest contributors and performers in any field and you’ll see thousands of hours of preparation. But peer inside the home offices and video meetings of many businesspeople and you’ll see waves and waves of activity with little to no preparation in sight. The best performers have the best preparation. So, decide what knowledge, skills, and activities are key to your success and turbocharge your preparation. As Abraham Lincoln said, “If I had eight hours to chop down a tree, I’d spend the first six sharpening my axe.”

New Year’s Strategy for You